A pandemic is probably a good time to build a liquor store or hang out a psychologist shingle, but “new downtown hotel” isn’t gonna be high on the list of most promising startups. In a normal autumn, the debut of the Rand Tower Hotel in downtown’s historic art deco Rand Tower (1929) would be the downtown Minneapolis opening of the year. In a Covid year, it’s a curious asterisk.

The building at 527 S. Marquette Ave. was an office tower for its previous life (mostly known for its elegant decorative staircase connecting the skyway level with the ground floor) until its $86 million renovation over the last two years. As a hotel it will offer 270 rooms and cater, like all downtown hotels, to a mix of business and leisure travelers, as part of Mariott’s Tribute portfolio of independent hotels.

Developer Nick Peterson’s Maven Real Estate Partners planned and executed the redevelopment, while the hotel will be managed by Oxford Hotels & Resorts, a nationally prominent hotelier/developer that operates Chicago’s LondonHouse, among other properties.

A premier room at the Rand Tower Hotel.

When it opens Wednesday, the Rand will only be selling a third of its rooms, with a scaled down food and beverage program to reflect the challenges of the Covid-era. The Rand has integrated a number of air quality improvements and other safety standards to reassure guests in a pandemic. A spokesperson said it hopes in the early months to cater to businesspeople looking for a break from the home office and families in search of a change of scenery staycation, and has rates to accommodate both.

A grand opening is planned for spring 2021 at such time as the hotel can fully show off its facilities, including street level restaurant Whiskey & Soda, which will open when city regulations allow, and the fifth-floor Rand Tower Club with a pied-a-terre outdoor bar. 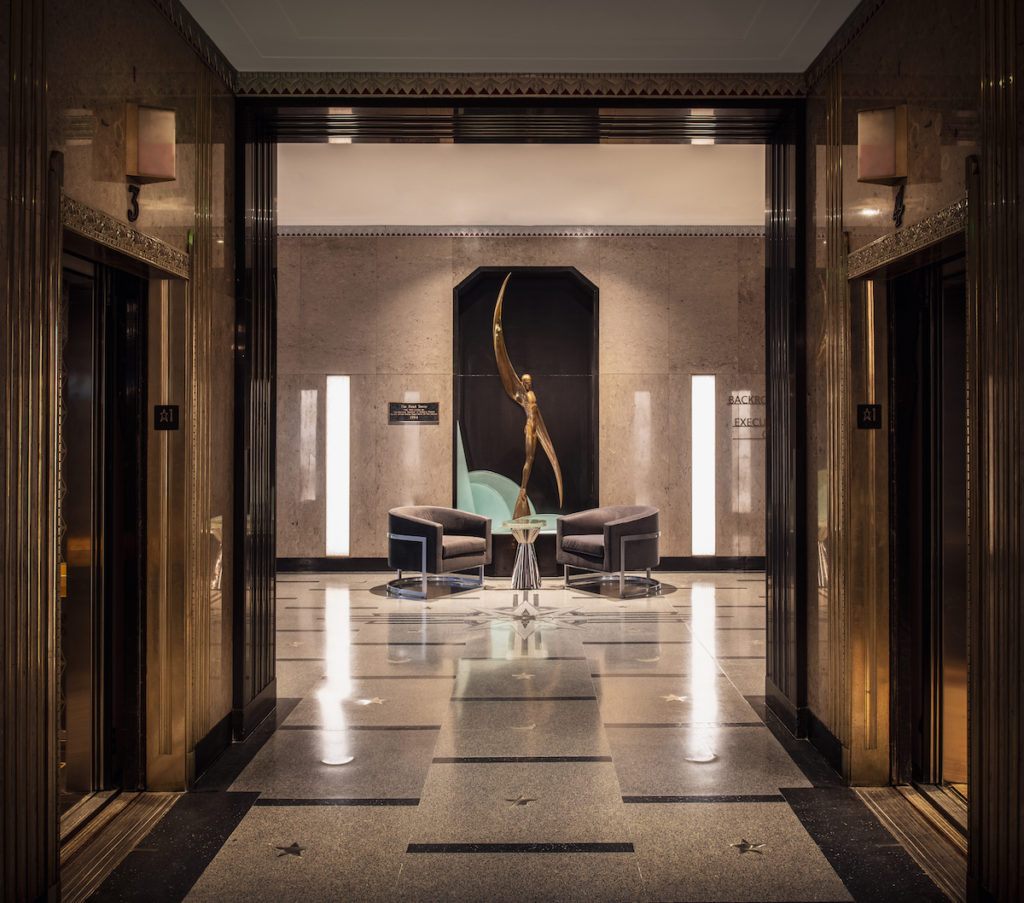 Lobby of the Rand Tower Hotel.

The Rand is on the National Register, so historic elements including exterior and interior friezes and statuary, most paeans to the glory of aviation, a passion of developer Rufus Rand, have been preserved. The Rand’s rather obscure opening tracks a history of living in the shadows of grander buildings. Architectural historians say it never received the kind of acclaim or attention it perhaps deserved, having opened the same year as the grandiose Foshay Tower. Now, both are hotels, and rare survivors in a downtown regrettably shorn of most of its early 20th century architectural gems.

Why open now, in the dark and cold of a Minnesota pandemic winter with hotel demand virtually nil? Ownership says with construction complete and most of the hotel’s staff hired, it made more sense to operate an extended soft opening rather than mothball the building for six months.

Trivia: The Rand is one of three notable Minneapolis commissions for the Chicago architecture firm of Holabird & Root, the others being the now-demolished Minneapolis icon, The Nicollet Hotel at the top of Nicollet Mall, and the Rand’s neighbor to the east, the International Style One Financial Plaza (1960). Compare the two for an impromptu lesson about how architecture evolved between the Depression and Cold War.